Design of a Logo – Powerful Impact on Brand

When considering all factors that go into establishing or promoting the business, creating a logo design might not seem a top priority.

However, the truth is that logos are one of the core parts of a company’s branding strategy. It is an integral tool that helps make a brand successful. Although several components are included in the branding plan, the company logo occupies an important place.

A logo is a visual communication tool that conveys the brand’s values and message to potential customers. Also, an attractive logo helps people remember the brand easily.

Let’s read further to know how the design of a logo influences customers’ perceptions of your company’s brand.

It is the simple, custom logo design that attracts the audience to your company. Logos are a point of identification and symbol that is used by customers to identify your brand. Ideally, you will want customers to instantly connect the sight of your logo with the memory of what business your company does and also how the entity makes them feel.

If you research some of the most famous logos representing a business or personal brand, you will find out that there is one thing in common. They all are known for using a simple yet distinctive logo design.

For instance, the simple arches of the McDonald’s logo have become so iconic that even a young child can recognize it just by seeing the design. Simultaneously, the design of the logo is so distinct that it can’t be copied by anyone else.

Similarly, Twitter, Nike, Facebook, and Apple features simple design yet sufficiently unique. The audience does not find it hard to remember simpler designs. Logo design companies always opt for simpler designs because they are easier for the consumer to remember.

The logo needs to embody and also portray your brand message in the best possible way. Here listed are a few symbols that will make you understand how the free logo design can be kept simple yet distinctive.

In branding, several examples can successfully portray simplistic logo design effects on consumers about the brand. From real-life companies to fictional characters, there is a variety of custom logo designs that have made their intended mark on the mind of the audience.

Talking about a real-life brand, Twitter has used a simple logo design to influence the audience’s perception of the brand.

When it comes to Twitter, its name, logo, and also operating concept has always been unique. Inspired by the short and shrill sound made by a bird, this social media platform developed a way to communicate through short messages.

The design of the logo is straightforward and features a simplified outline of a small bird’s body which effectively portrays the brand’s name. Also, the bright blue color palette represents freedom of expression which is the hallmark of this platform.

The Nike symbol is one of the simplified company logo designs. Just the swoosh sign has made the logo a memorable business symbol for consumers. The swoosh is the sound that one hears when something zips past quickly by an individual’s side. The word stands for motion, sound, and speed. It is for this reason that the logo is in a shape that shows an arch of movement.

The Nike swoosh logo is shaped as a wing of Nike, the Greek goddess of Victory. The reason that the wing shape is used by the designer is because of the goddess. It is by borrowing the shape and other design elements from cultural, historical, and mythical sources that the company succeeded in engaging people with the design.

The Nike logo design has been appearing in different colors over the years. It appeared in a strong black color previously and now a dull orange shade is introduced as a brand color.

Captain America is a character that acts in the open. In addition to this, he is meant to be a role model and also a rallying symbol for the United States of America. This is the reason that the symbol and also his popular color palette consists of bright shades and a distinct design that is meant to stand out not blend in.

Inspired by the colors used in the US flag, the logo of Captain America features a big and bright white star in the middle of his shield. Four alternating colorful blue and red bands encircle the star that signifies America’s trademark “stars and stripes”.

The entire theme portrayed by this simple design is that the character is a bright, strong, trustworthy, and shining beacon of hope for the people of America. It is what makes it one of the best examples of logo design affecting a brand’s perception.

Although Batman’s logo has changed several times over the years, the underlying concept always remained the same. His logo has always taken on a darker color palette.

Initially, the design featured a simple silhouette of a bat with flared wings and was thrown in shadow because of the bright light behind it. The design signified that the character is a vigilante at night and stealthy as a bat. Since the design was initially created for print on paper, a brighter color combination was chosen.

Now Batman’s logo has been modified by using a deep black over dark gray. The new design suits the vigilante aesthetic of Gotham much better than the previous logos.

Another character that uses its logo design to influence the audience’s perception of a brand is Punisher. In the comics, this character has been portrayed as the antihero who works against established villains which makes readers assume that he is a hero. Yet, the Punisher’s actions are similar to those of villains themselves.

Now, this basically can confuse the readers who do not know about Punisher’s fictional history. However, it is the logo for the Punisher that makes comic fans assume that he is anything but a superhero.

Using an elongated white skull over a black background, the logo can easily make people think that the character is a bad guy. How many might be thinking that this logo is conveying mixed signals in the mind of readers? But the answer is no. The entire plot of the character is that the Punisher does not want normal people to think of him as a hero. And, he does not care what his foes feel about him.

A vital aspect of the company’s or any personal brand’s logo design is that it should appear and be perceived the same, no matter if it is being used for a digital platform or a physical one.

The reason why logo design companies go for a simple yet distinctive design for different brands is that it is easy to remember for the audience.

An attractive but simple design of the logo helps in making a strong first impression on consumers, grabs their attention, fosters brand loyalty, and also separates you from your competitors.

You can easily find a reliable logo design tool to get started with the perfect logo for various categories.

10 B2B Marketing Strategies to Grow your Business in 2023

What Makes Digital Marketing Different from Traditional Forms of Marketing?

What is Conference Room Scheduling Software?

Social
WHO AM I? 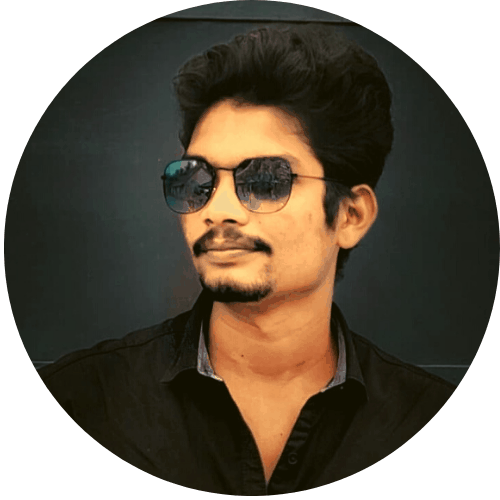 Human Synthesys Studio Review – Have Real Human Spokespeople in Your Videos Saying Exactly What You Want in Minutes!

DFY Suite 4.0 Review – Backlink and Social Syndication System to Rank Anything on Google!

SPSReviews is committed to providing its readers with honest and comprehensive reviews so that they can make educated decisions when it comes to their purchases. To that end, the website may use affiliate links which allow them to earn a commission from the purchases made by their readers. This does not however mean that the reader is required to pay any extra amount of money for using these links; in fact, many times discounts and other special incentives are offered when buying through such links. This revenue helps SPSReviews fund their mission of giving helpful reviews to their readers without compromising on quality.